Get an experienced Cleveland birth injury attorney who gets results

You trust your doctor to provide safe, effective medical care for yourself and your family. Unfortunately, that’s not always what happens. When birth injury and medical malpractice cases in Ohio happen as a result of negligence, the doctors, surgeons and other medical professionals who cause life-altering injuries rarely admit they did anything wrong. Instead, they often hire a team of attorneys to defend their actions and deny your injury claim.

He always made me feel my daughter
was more than just another case,
she is a human being.”
– Amanda G.

A lifelong resident of Ohio, Attorney John A. Lancione has been practicing law since 1988 in the Cleveland area. He founded The Lanicone Law Firm in Rocky River with his father in 1999. More than two decades later, our firm’s focus remains the same – we only handle birth injury and medical malpractice cases in Ohio.

An award-winning lawyer nationally recognized in the field of birth injury and medical malpractice, Attorney Lancione frequently lectures nationwide about these topics for national health care organizations. He always knew he wanted to be a lawyer. His father instilled his passion for justice and inspired him to become a lawyer at a young age. 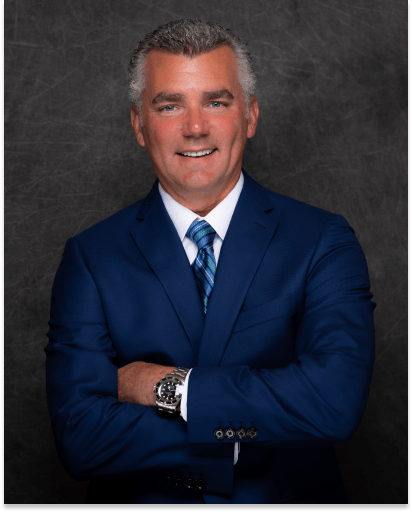 “From a young age, I would go to my father’s law office. Watching him work, I saw the impact he made in people’s lives. I knew right away I wanted to be an attorney like him. I wanted to help people, to fight for the underdog and to help make right situations involving an injustice, a catastrophic injury or catastrophic harm.”

For more than three decades, Attorney Lancione has been fighting for families in Ohio and nationwide dealing with birth injury, medical malpractice, and wrongful death claims. Such legal cases can be extremely complicated. That’s why many attorneys refer their birth injury cases to The Lancione Law Firm.

There are no shortcuts when it comes to building an effective legal case. Our Cleveland area law firm takes the time to find the evidence, whether it’s carefully reviewing documents or consulting with medical experts. We have recovered millions for the injured, including one of Ohio’s largest medical malpractice verdicts.

Newborn children should reach certain milestones by certain times in their lives. This starts right at the moment of birth, when your doctor assigns an Apgar score of 1 to 10 within the first 5 minutes. Other missed milestones could be warning signs of a birth injury, including cerebral palsy.

Trust your instincts. Seek medical help. Talk to us.
Such warning signs include:

Other warning signs of a birth injury or developmental delay:

You know your child best. If something doesn’t seem right, consult a physician. If you find something of concern, our Cleveland birth injury law firm can help you every step of the way.

Learn More About Birth Injury
What Is Medical Malpractice?

Medical malpractice is a legal term used to describe an injury or illness caused by a medical professional’s negligence. When a doctor, nurse, or other healthcare professional doesn’t meet standards of care, and a patient is harmed, that’s malpractice.

Ohio has strict rules and regulations regarding what constitutes a medical error. Thanks to years of experience, The Lancione Law Firm is familiar with Ohio’s medical negligence laws and how the legal system works. We know how to investigate such incidents and find the evidence you need to build the strongest possible legal case, whether that involves negotiating a settlement or filing a medical malpractice lawsuit in court. That’s why you need Cleveland medical malpractice lawyer John Lancione working for you.

Birth injuries and medical malpractice happen more often than you might realize. Every day, thousands of people suffer due to such serious mistakes. Get the legal help your family needs.
Contact our Cleveland area law firm as soon as possible.

Estimated number of people who die each year due to medical malpractice nationwide, making it the 3rd most common cause of death, according to a study conducted by Johns Hopkins University School of Medicine.

Estimated number of medical malpractice cases due to misdiagnosis, according to researchers at Johns Hopkins University School of Medicine.

Infant mortality rate nationwide, according to the CDC.

Estimated number of children born with a birth injury, according to the Centers for Disease Control and Prevention (CDC).

Infant mortality rate in Ohio, according to the CDC.

Get a Free Consultation
History Of Excellence

The legacy of the Lancione family stands tall. Three generations of Lanciones have practiced law in Cleveland. U.S. News & World Report has recognized our law firm as one of the Best Law Firms. We also understand that your case is about more than just money. It’s about holding medical professionals accountable for their actions. It’s about making sure your needs are addressed. It’s about justice.

“My son and I will always be grateful for everything he has done.”

More Testimonials
What To Expect

You’ll notice the difference the first time you meet with Attorney Lancione. He will listen carefully to what you have to say and find out exactly what happened. We realize we’re starting a journey together. That’s why we want to earn your trust. If you ever have a question about your case, you can call Rocky River Attorney Lancione anytime. He’ll give you his personal phone number. He’ll personally answer your call. Our entire law firm truly cares about your family. We’re here for you on your terms.

“Our law firm never forgets what matters most – your best interests. Our office is about working cases. Our clients know I’ll be there for them and fighting for them.”

We understand how frustrating and overwhelming such legal cases can be for families. You have enough to deal with if you or a family member was injured or worse due to mistakes made by medical professionals.

That’s why we want to help. When you have The Lancione Law Firm on your side, you don’t have to worry about whether we’re working hard for you. We take your case seriously and never lose sight of what matters most – your family’s best interests.

It’s also important to understand that the clock is running. Strict legal deadlines (known as statutes of limitations) apply to birth injury and medical malpractice cases in Ohio. Building a strong legal case often takes a lot of time. Don’t miss out on your opportunity for justice. Put your trust in an Ohio birth injury lawyer who puts your needs first. Contact our Rocky River law firm today.