Home » About » John A. Lancione 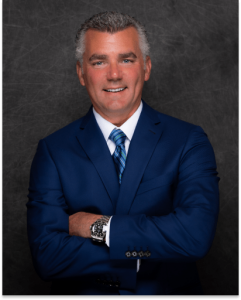 Attorney John A. Lancione is a third-generation lawyer and the principal attorney at The Lancione Law Firm. With more than 30 years of legal experience, he has a well-earned reputation as one of the most prominent and successful medical malpractice and birth injury lawyers in the state of Ohio.

John Lancione works hard to not only secure the recovery his clients are owed, but also to hold negligent parties accountable. He has been selected for inclusion in the Super Lawyers® list every year since 2004 and named “Best Lawyer” and "Best Law Firm" by U.S. News & World Report. Attorney Lancione also has an AV Preeminent® Rating from Martindale-Hubbell, which is the highest peer rating standard, signifying that a large number of the lawyer's peers rank him or her at the highest level of professional excellence for their legal knowledge, communication skills and ethical standards.

Attorney Lancione consistently obtains sizable financial settlements and verdicts for injury victims and their families, including many multi-million-dollar case results. In one case, he secured $17 million for a family in a medical malpractice case. In another, he obtained $14.2 million for a family of a child that suffered a birth injury. That’s why other law firms routinely refer birth injury and medical malpractice cases to attorney Lancione. He’s the lawyer other attorneys count on in a crisis.

While attorney Lancione has achieved a high level of success, he never forgets what matters most – his client’s best interests. You will notice the difference the first time you meet with him. Attorney Lancione will take the time to find out exactly what happened. He will listen to you explain everything in your own words. He will then outline the legal options available to you. That way, you can make informed decisions based on the facts.

And if you ever have a question about your case, you can call attorney Lancione directly anytime on his personal cellphone. He works this way because he believes you should be actively involved in your legal case. He also understands that people often don’t have time to talk to a lawyer during normal business hours. That’s why he’s available on your terms.

Discover what attorney Lancione can do for you. Contact us

There’s no shortcut to success. To win complicated legal cases, attorneys need to thoroughly research each case and be prepared to go to trial if necessary. Cleveland birth injury lawyer John A. Lancione works tirelessly on every legal case he tackles at his law firm. Whether it’s carefully reviewing medical records or consulting with experts, he leaves no stone unturned in pursuit of the truth.

The path the justice can often be a long road. Start your legal journey today. Contact us and schedule a free consultation with Cleveland medical negligence attorney John A. Lancione. He can meet with you at our Rocky River, Ohio office or wherever is convenient for you. Schedule an appointment online or call (440) 331-6100 or (877) 515-4369 to speak directly with attorney Lancione.