Home » Blog » How Do I Know If My Child Has A Birth Injury?

How Do I Know If My Child Has A Birth Injury?

Roughly every 20 minutes, a baby is born with a birth injury somewhere in the United States, according to statistics compiled by the Centers for Disease Control and Prevention (CDC). That’s more than 26,200 birth injuries every year or roughly 3 percent of all newborn infants. 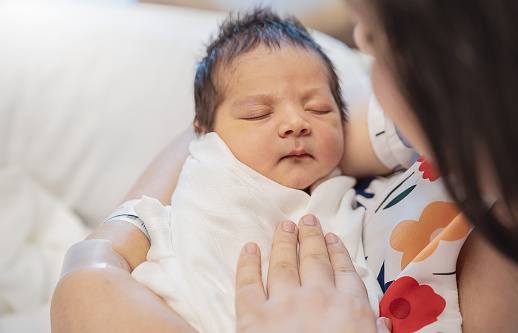 Knowing what to look for – and when to look – can be confusing. But it’s critical that parents recognize if something is wrong with their child as soon as possible. That way, parents can get the medical care and attention infants need right away, which can improve a child’s ability to recover from a birth injury.

Below, you can find some of the symptoms often associated with common birth injuries. Please be aware that many children often have different symptoms or medical issues for similar birth injuries. That’s why it’s important to talk about any concerns you might have about your child’s health with your child’s doctor or pediatrician as soon as possible.

What are common birth injuries?

According to birth statistics compiled by the CDC, these are some of the most common birth injuries involving newborn infants:

These are just some of the most common birth injuries. There are many other types of birth injuries and each one can affect children in a different way at different points in their lives. Experienced pediatricians and doctors know what to look for when examining newborn children. That’s why it’s important to get regular medical checkups for your child soon after their birth.

What are common warning signs?

Identifying common warning signs of a birth injury can be difficult because such symptoms can occur at different times in a newborn infant’s life. Sometimes, such symptoms are visible within minutes of a baby’s birth. That’s why doctors perform an Apgar test twice in the first few minutes after an infant is born. A low Apgar score is one of the first indications that a child might have a birth injury. Newborn children with a low Apgar score often display some of the following symptoms:

Each child develops at their own pace. Just because a child has not reached certain milestones by a specific time does not automatically mean they have a birth injury. But it’s important to take such missed milestones seriously and discuss them with your child’s doctor right away.

What do these warning signs mean?

So what does it mean if a newborn infant has certain specific medical issues? Certain symptoms sometimes mean that a child has a specific type of birth injury. For instance:

There are many other symptoms and warning signs of a possible birth injury. Whatever type of medical issue you notice with your child, talk to your doctor right away. It’s critical that you take your child’s medical issues seriously right from the start.

In many cases, birth injuries occur due to mistakes made by medical professionals. This is commonly known as medical negligence, meaning a doctor or another healthcare professional did not follow standard medical procedures when caring for the mother or the baby.

Other times, children sustain a birth injury during the delivery process. This may be due to delivery delays, cesarean (C-section) errors and medical professionals improperly using medical devices, including misuse of forceps and extractors.

Another common scenario involves medical professionals making mistakes while caring for a newborn infant. These types of injuries or illnesses are known as neonatal injuries.

What should parents do in response?

If you believe your child has a birth injury, it’s important to act fast for your child’s health and for legal reasons as well. This is because many states have strict deadlines for taking legal action in response to medical negligence.

Every birth injury is different but some of the most important steps parents should take include:

Birth injuries often turn out to be complicated legal cases. The responsible medical professionals often hire a lawyer to defend their actions and deny your child’s injury claim, which could turn out to be worth millions of dollars or significantly more.

This money is important since it can be a lifeline for your family. With the financial compensation you receive, you can make sure your child receives exceptional medical care throughout their lifetime and that all your family’s injury-related expenses (including loss of income if you or your spouse cannot work or has to work less to care for your child) are covered by the at-fault party.

We know what’s at stake at The Lancione Law Firm near Cleveland. That’s because we have decades of experience handling complicated birth injury claims in Ohio and nationwide. Award-winning Ohio birth injury lawyer John A. Lancione has a well-earned reputation for successfully resolving such complex legal cases. Since our law firm was founded, we have obtained more than $350 million in settlements and verdicts for medical negligence victims, including one of the largest medical malpractice verdicts in Ohio.

Learn more about how we can help you. Contact our law firm and schedule a free consultation with Cleveland birth injury attorney John A. Lancione. He can answer your questions and explain your legal options. You can reach us online or simply call (440) 331-6100 or (877) 515-4369 to start your legal journey with The Lancione Law Firm.